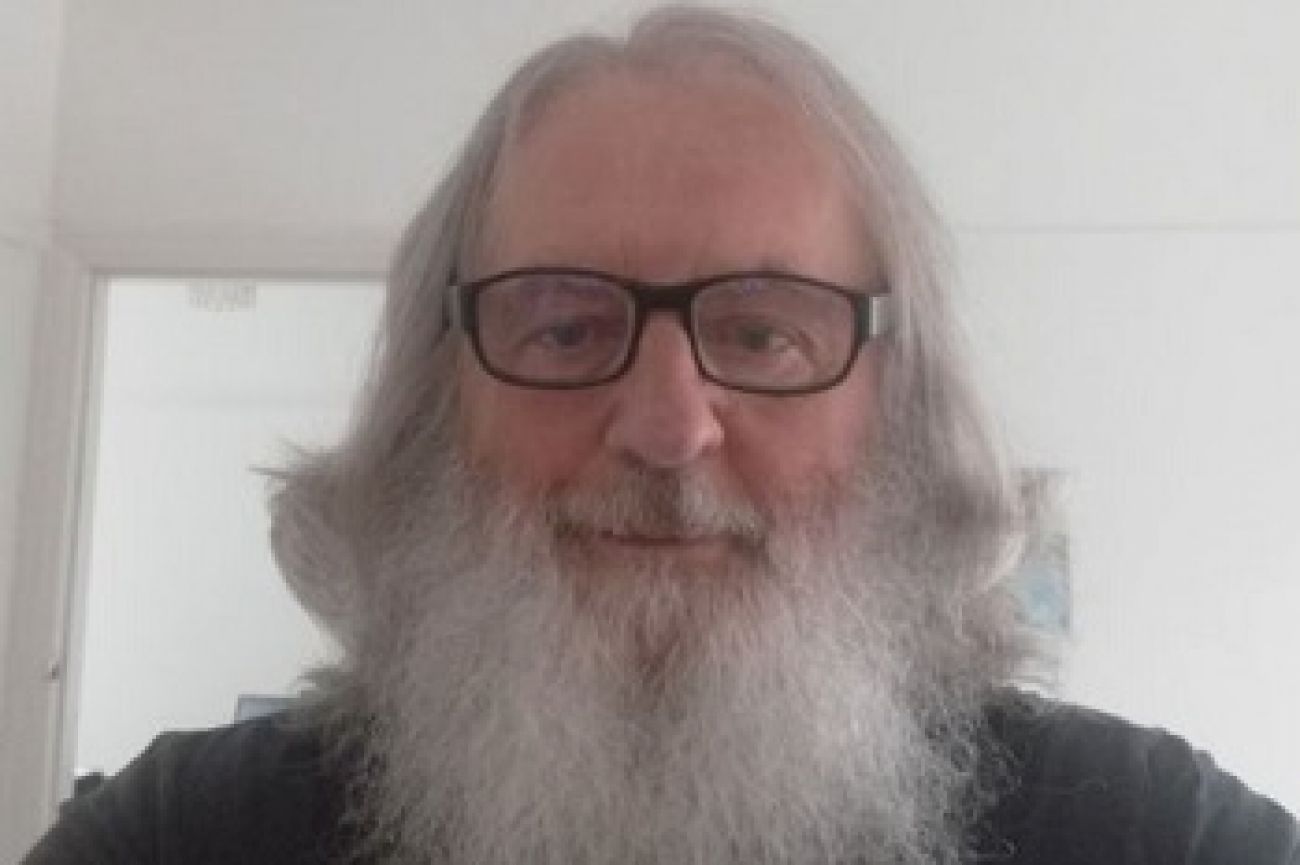 LSBU alumnus Paul Gilbert discusses becoming the first to graduate in his family, working as a nurse and answering life's philosophical questions.

I applied to 13 polytechnics and didn’t get into any. I went to a grammar school and it turned out I had been given a malicious reference from my headmaster. I then received a sudden phone call from Borough Road. I don’t know where they got my number because I hadn’t applied there. I interviewed and got in.

I was the first in my family

I’m from Liverpool originally and at that time, it was a trendy place to come from because of The Beatles. I also played the guitar and had the big city dream of starting a band. I was glad to get away from family, my mother was schizophrenic and it impacted my life.

I was the first in my family to get this level of education. My older brother went to college for one term in Liverpool, but got tired and decided to hitchhike across Europe and ended up teaching English in Iraq.

Those days’ things were based on class and Polytechnics were second class institutions, a place the working class went to. I wanted to study English but I was involved in politics in Liverpool so decided to study Sociology. There were 40 of us in the class and we were the second cohort of students to take on this course. The first was in their third year when we started.

It was a very relaxed environment, lectures weren’t compulsory, you could stay home. Lecturers made an impact on me socially, I spent more time arguing politics with them in the bar rather than in the lecture room. It was an interesting time; Margaret Thatcher, the Vietnam War, a lot of political discussions happened on campus.

Those days you had final exams, not course work, just a three-hour-long paper. I revised, but in the middle of that period I was burgled, my housemates and I caught them which turned into a fight where I got knocked out, so I missed the exam due to being in hospital. I was able to re-sit but I didn’t perform as well as I’d hoped so achieved a 2:2, but I wanted a 2:1. Graduating was a great achievement, my mum and dad were thrilled.

My graduation was overseen by Margaret Thatcher, she had recently withdrawn milk from school children so she wasn’t a popular person. When she was awarding the degrees my classmates and I along with our lecturers were outside demonstrating against her. One of my friends threw himself on the bonnet of her car. I’m pretty sure it was on the news. I got my degree via post.

Life was looking very confusing for me when I completed my course. It wasn’t a straight line, none of that; leave home, graduate and get a job for life business. A lot of us just didn’t know what to do with our lives, many from my course went into social work or became academics. I didn’t want to do either. It was the hippie days! I was footloose and fancy-free and didn’t want to be tied down.

I worked on building sites to make money. There were a lot of Irish, West Indians, Sikhs, sociology, economics and philosophical graduates working there, many interesting conversations were had on those sites. From that, I went to night school and got my plumbing qualification. I enjoyed it, the income, the freedom, and did that up to 1979.

I started working in my spare time on children adventure playgrounds and got really into it. We built the Peckham Adventure Playground. It was a mess when we got it, but we transformed it. I enjoyed using my building skills in that way and work in the community.

I then met a nurse, she became my girlfriend and then I became a nurse. You see, no straight line for me. She worked in the psychiatric ward at St Christopher’s Hospice, the first hospice in London. I lived opposite, went in and asked to see the Matron. I asked if any jobs were going, she laughed at me but gave me a job as an auxiliary nurse, an unqualified nurse. I loved it from day one. I stayed there for 18 months and went to work in the psych unit at Maudsley Hospital for three years and then started my qualifying training in 1982.

I moved to Sheffield in 1984 and continued nursing and decided to do a masters. I was very unhappy with the practices I saw in nursing and I wasn’t sure how to handle it. I knew I needed to educate myself if I was going to change anything so my masters subject was Healthcare Ethics.

I then left the hospital I was working at and went to work at the University of Sheffield, became Research Assistant on a nursing project, then became a part-time lecturer teaching Healthcare Ethics. The academic life was too sedentary for me, I soon started looking around for other things and projects to do.

So, at the age of 50 something, and not long after welcoming a second child, I went back to bedside nursing in an old people’s home and stayed for 7 years. I was second to head nurse looking after 86 old people. It was a beautiful job to do and I had great empathy with the elderly.

I retired from professional work 15 years ago. My daughter was born blind and deaf, I retired to look after her and became a house husband so my wife could continue to work.

There was an 18 month period where life happened. Our daughter got extremely sick and we almost lost her. My wife then got lung cancer so I ended up looking after her, she went back to work after a year after a round of radiotherapy. Then my son got thyroid cancer at age 15, he had surgery to remove the gland and had radiotherapy, he flew through it and dealt with it well. After that, I had to have a major bowel operation. All four of us almost died within 18 months. Life happened.

Four and half years ago, my wife and I walked to a garden centre and she started coughing, we looked at each other and we knew the cancer was back. She died on our daughter’s birthday, four and half years ago. I was 12 years older than my wife so was surprised when she even took a shine to me and presumed I would die first. We were together for 30 years but for the six years my wife was well, we had a great time, she was my biggest music fan.

My joy is surviving and seeing my children develop, seeing my daughter grow despite her disability, she’s 20 now and still thriving. Every stage of my life I’ve had doubts about my choices. I can’t tell you how I got over lots of things in my life, I’ve always muddled through.

I’m coming up to 70. I sit with my friends ask those philosophical questions, like 'life, what has it all been for?' The answer is still as mysterious as if we were 18. I don’t sweat the small stuff or worry about the big stuff. I believe in the hippie credo, love and peace, and I can’t believe in a better life based on that. When I look back at my life being a plumber and a musician is what I enjoyed the most. Those were the fun times.

In 1994 I started a PhD but got fed up, my son was just born and I couldn’t keep up with the work. I’ll do it before I die. My wife would say to me ‘you would do your PhD if you were in prison.' Because I wouldn’t be able to do anything else. One of the residents in the old people’s home did her PhD from her bed. She was an inspiration, she loved flowers and did her PhD in botany. You’re never too old so I still have time to pick it back up.

I now spend my time as a luthier and I’m hoping to make guitars later this year. One day my wife was listening to one of my many vinyl records and heard an instrument called a dulcimer and asked if I could build her one. When she was re-diagnosed with cancer she paid to have our garage converted into a workshop for me, she knew she would die within the year and passed before I could finish the dulcimer I started. But, I finally finished one last year and I couldn’t believe when I added the strings, it played. That’s my joy.