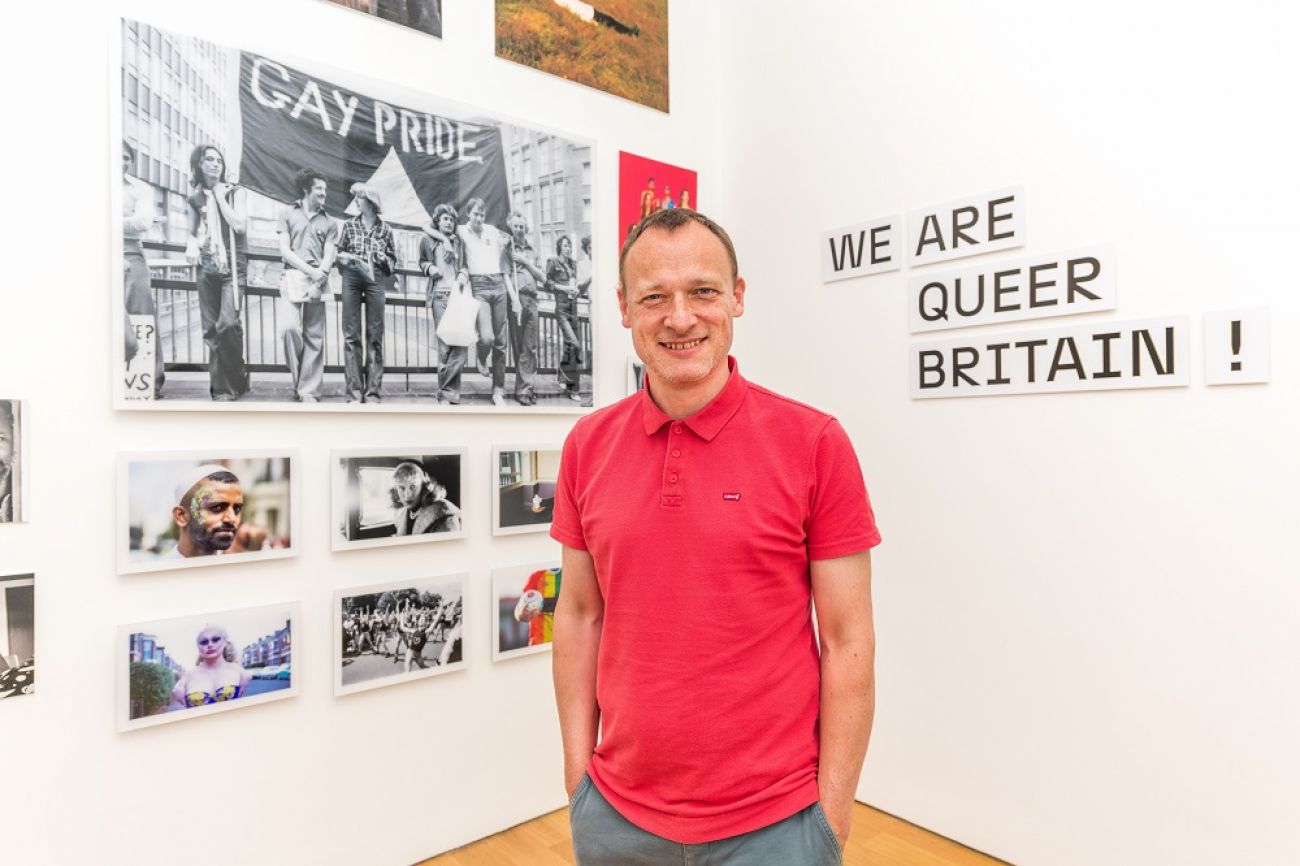 “This is a space where people feel seen, and like their lives and experiences are worth celebrating”

Joseph Galliano is the co-founder and CEO of Queer Britain, the UK’s first museum of LGBTQ+ history and culture, which opened in April in King’s Cross. A former editor of the Gay Times, he has also worked for OUTstanding, a network for business leaders aimed at creating a more diverse corporate culture. His project Dear Me: A Letter to my Sixteen-Year-Old Self  has raised well over £100,000 for charities including the Elton John Aids Foundation and Doctors Without Borders. He becomes an Honorary Doctor of Letters.

If you’re not being told about your history, how are you supposed to know about it? When I was still editor of the Gay Times I was looking for a way to mark the 40th anniversary of the partial decriminalisation of gay male sex. We decided to run a feature comparing the experiences of four young men who weren’t even born in the 1960s and four older men who’d been adults at the time the law changed. I was amazed: some of the younger ones didn’t even know gay sex had been illegal. Then I started to think, why should they know? If you’re not hearing about the history of your community in school, from your family, or in popular culture, then it’s not surprising there are blanks.

Setting up the museum was a way of making sense of all the things I’d done up to that point. It kind of does feel like all my other experiences – fundraising, engagement, building up networks, my time as a journalist – has been leading up to this point. Now I get to bring all those things together and use them to serve a bigger purpose.

Having a physical space is vital. We could have done all this online, but a website doesn’t tell people they’re important like a building does. We wanted to create something that was tangible, that was high quality, and that would give these exhibits and stories parity with other aspects of the national cultural landscape. This space, amazing as it is, is just the beginning. Eventually we want the museum to be five or six times this size.

One of the exhibits that’s particularly meaningful to me is Oscar Wilde’s prison door from Reading Gaol, on loan from the National Justice Museum. He wrote De Profundis behind that door. Next to it is my own copy of the same book, which I bought in a jumble sale when I was 14. Inside a previous owner has written some lines from a poem that talk about defiance, about conquering those that mock and scorn you. That was such a powerful thing for me. It made me realise that there was a connection that reached down through the centuries, and that queer history was far deeper and richer than I’d ever realised.

We get people in tears in the museum almost on a daily basis. It’s the simple fact of a space like this existing that moves them. This is a space where people feel seen, and like their lives and experiences are worth celebrating. That’s a very powerful thing.

The idea of queer is pretty plastic. If you think you’ve got a handle on it, then you definitely haven’t got a handle on it because it’s changing all the time. That’s something we’re keen to reflect as the museum evolves. I’d like to see a mix of semi-permanent things with temporary exhibits that put the spotlight on an emerging artist, say, or tell a particular story. It’s going to be shifting all the time. There should always be something new to see.

Opportunities like this are few and far between. I think a lot of people found it surprising something like this didn’t exist already. There have been attempts to get it off the ground in the past, but I guess it was an idea whose time had come. I feel incredibly fortunate to have been the person that was able to pick it up and say, OK, I’m going to make this happen.

Resilience is the most important single attribute you need for a project like this. Very early on I just adopted the attitude that it was going to happen, no matter what. If there was an obstacle, we’d get round it. If someone wasn’t helping, well, they just had to get out of the way. You have to be prepared to compromise too. Do you want something that’s perfect but that doesn’t exist? Or do you accept the imperfections and actually open the doors?

The overwhelming message that came out of the Dear Me…was “be kind to yourself”. Don’t beat yourself up for not having all the answers. I’d echo that. It’s a very rare person that has clarity about what they want and how to get it from the start. For most of us, that’s something that evolves with time. Just make sure whatever you’re doing, it doesn’t clash with your values, and that you’re giving it 100%. There’s something positive to learn from almost every situation. And it’s the accumulation of those experiences that make us who we are.