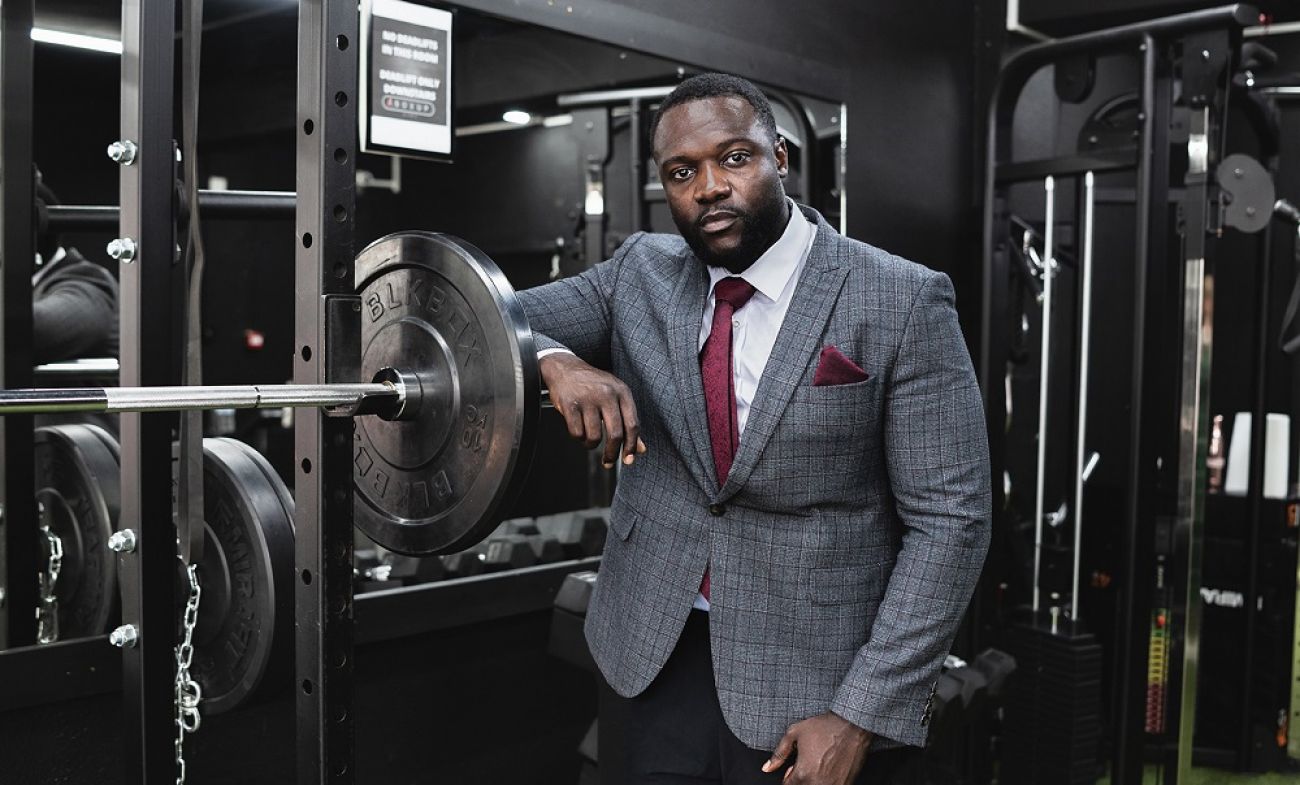 Stephen Addison (BA (Hons) Business Administration, 2013) is founder and CEO of social enterprise Boxup Crime, which delivers boxing training and mentoring to more than 2000 children and young people every week. He is about to open the third Boxup gym as well as his own school, the Boxup School of Excellence. In 2019 he was awarded the British Empire Medal (BEM) for services to young people. He is made an honorary doctor of letters.

Where I grew up, on the Harts Lane Estate in Barking, there wasn’t much in the way of aspiration. The culture was crime and the message was that that was the only way to be successful. So embraced it. I just thought, this is my path.

I got kicked out of school when I was 15. My headteacher’s last words to me were, ‘Stephen, you’re never setting foot in here again’. I’m happy to say he was wrong. I’m a governor at the school and we run our Boxup Crime behaviour programme there too. He didn’t get rid of me that easily!

It was my Dad that first got me into boxing. I was never that consistent with it though because I was so caught up in the world of gangs and crime. Then I had a dream that I was going to prison. I realised if I carried on living my life the way I was, that was where I was heading. I decided pretty much overnight that I wanted to lead a more driven and purposeful life. I got in to study business at LSBU, and I started taking my boxing seriously.

South Bank gave me a chance. I turned up at the Open Day with no academic track record. I didn’t even know what UCAS points were. All I had was my experience on the streets. It might sound crazy but there’s a lot of overlap with the corporate world. It’s all about communication, it’s all about marketing, it’s all about product distribution. I just needed to channel those skills in a different way.

The day I was on the back page of the paper for winning gold at the British Amateur Championships, four people I knew were on the front page because they’d been sentenced to life. That really brought home to me that I’d been given this second chance. I decided I wanted to use it to make a difference. I spent my third year writing the business plan for Boxup Crime. By the time I graduated, I was ready to go.

Passion + purpose = meaning. My passion is boxing, and my purpose is to rebuild misguided dreams. Without that sense of purpose you’ve got nothing. That’s what we’re aiming for with the Boxup School of Excellence. Grades matter, of course, but I want our pupils graduating with a clear sense of who they are, the values that guide them and how they’ve going to make a contribution. That’s what our Real Me mentoring curriculum is all about, too.

At the beginning, Boxup Crime was just me. Now we’ve got more than 24 staff. I’ve seen a lot of the young people we’ve worked with go on to become personal trainers, mentors and fitness instructors. They’re out of gangs and doing something really constructive with their lives.

Boxing teaches you to rely on yourself. It’s the discipline, the process, the rigour of the training. That’s what makes it such a powerful force for positive change. It builds up your resilience and your self-belief. When you go through that pain in the gym or in the ring and come out the other side, you realise what you’re capable of. And you can see how those experiences make you stronger.

Mentors have played a huge part in my life. When I was at LSBU I took part in a business plan competition and through that I met Brian Marcel. Ten years on, we still meet every week. He even came to my wedding. I call him my white father! Working with a mentor, it’s like the difference between having a satnav and not. You’ll get there a lot faster if you open your mind and take what other people are saying on board.

I’m always trying to develop as a leader. Working with a mentor is part of that. But I also set myself a target of reading at least three books a month and I encourage my team to do the same. We’re not in a position to hire someone on a big salary to come in and teach us how to work more effectively. So we’ve got to educate ourselves.

“Let’s get it” is probably my most over-used phrase. It’s about action, getting out there and making a difference. It motivates me, it motivates everyone around me. I say it a lot at the moment because we’ve got big plans. Over the next five years we’re going to open 20 gyms across 20 London boroughs. I’m confident that we’ve got the right model and the right partners to make that happen.

My faith gave me the strength to stay on the right path. Love your neighbour as yourself was something I never really understood before. You can’t do that if you’re robbing them and stealing from them. Boxup is an inclusive space – Muslim, Hindu, Jewish, atheist, whatever, we’re one big family here. But I’m open about the principles that have helped me and I try to pass those on in a loving and non-judgmental way.