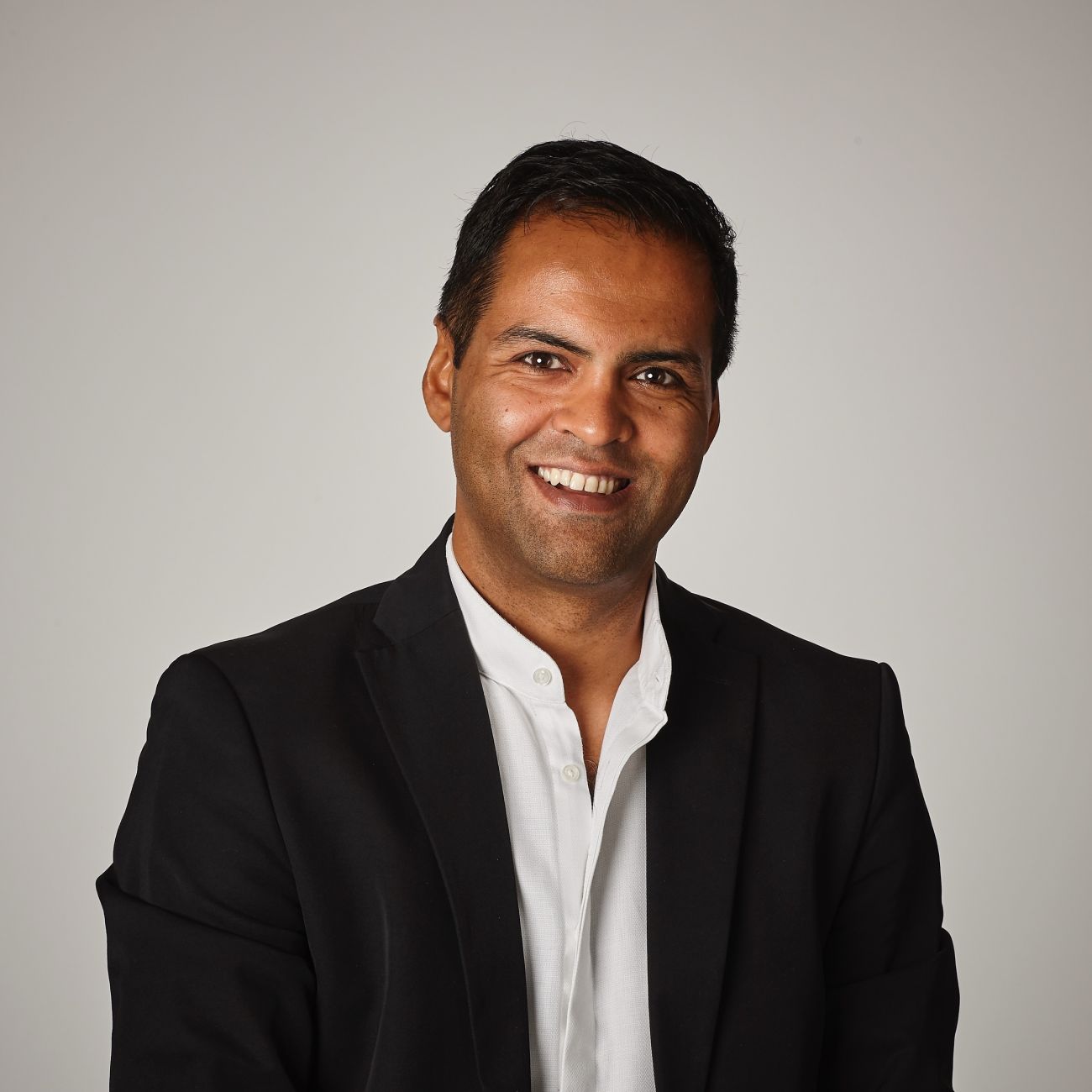 "Don't be constrained in your thinking. That's really the message I'd like to get across"

Technology leader Ash Jokhoo (BSc Hons Engineering Product Design, 1998) recently took up a new role as Group CIO with Direct Line Group, one of the UK's leading insurance companies whose well known brands include Direct Line, Churchill and Green Flag, following a highly successful career in IT and service transformation. An alumni volunteer since 2021, Ash has delivered inspiring talks and video messages to computing and technology students, and is passionate about helping to equip LSBU students for the workplace.

I realised quite early on that there was a gap in the market for things that were well designed - and also worked. The design principles I learned during my time at LSBU have underpinned everything I've gone on to do. I thought that after I graduated I'd go off and work in some studio - that's what engineering product designers do. Instead I ended up applying what I'd learned to technology and IT. The approach is the same though: it's about being rigorous, setting a robust, detailed brief and making sure everyone understands the purpose and the vision.

It's been a privilege to be involved in projects that have genuinely changed how we live and think about the world. When I joined BT back in 2006, I was working with Reuters to help set up a network that would allow their reporters to access the internet wherever they were. Up to then they'd have to go into the office to file a story. People don't realise the huge contribution the media companies made in developing the internet. Off the back of that Reuters project, broadband speeds in the UK went from 2MB to 10MB. Then at Tiscali we were genuinely making broadband accessible to all. That's transformative.

I don't work for companies, I work for people. My best advice to anyone would be, make sure you've got a great boss. Of course the brand, the company matters. But primarily it's the opportunity to work alongside and learn from really inspiring people that drives me. Mel Smith and Dr David Cooper who I worked with to set up TalkTalk are great examples. David's an incredible guy - he basically built the 3G network. He said to me, you're good, but I can make you better. He knocked some of the innocence out of me, and helped me develop my craft as a leader. Even now he's always there in the background, guiding me in everything I do.

Purpose matters, too. That's what drew me to the role at Direct Line Group - well, that and the chance to work with my boss, Penny James. There's a lot spoken about the social impact of business these days but with Penny it's genuinely at the heart of everything she does. This year our Churchill, Privilege and Darwin brands offered refunds to customers because they had driven less during the pandemic. As an alternative, customers were offered the opportunity to donate it to the NSPCC, Mind or the Sepsis Trust - and, as a result, more than £950,000 was raised for the three charities. That's an excellent example of really putting your money where your mouth is, and it makes our customers feel great too.

My aim in this new role? To make insurance sexy. OK, that might be a bit of a stretch. But there's a lot we can do to make it easier, friendlier and more transparent. It's a distressed purchase but it needn't be painful. We've got an amazing team here, but there's work to do to transform the technology to make sure that we really are empowering our customers and putting them in control.

Life's too short to be a jerk in the workplace. No one wants to work with a horrible colleague. Some people like to dominate their way to the top, but that's not my style. Getting promoted, rising to senior positions, you need to keep a bit of an edge and often you have to do difficult things. I've had to make a lot of people redundant in my time. It's never easy, but I learned from another of my great bosses, Shai Weiss, the CEO at Virgin Atlantic, that it's possible to do it with humility and respect.

Part of the reason I wanted to come back and work with students at LSBU is because I really believe they can make a positive difference. We can design ourselves out of a lot of the problems and challenges we face at the moment - but we need to have the right belief structures in place. I'd like to encourage students to always look for another way to tackle a challenge. And remember it's no longer enough to know a lot about one thing - if you're studying engineering, computing or design, you need to know about marketing, legal and business services too. Don't be constrained in your thinking. That's really the message I'd like to get across. It's the people that can open their minds, adapt and grow that will thrive. That has to be you!