#BlackLivesMatter – from a hashtag to a global movement for change

The #BLM protests provide new impetus for us to take action against racial inequality. Sustained protests have captured the imagination of people across the globe
25 August 2020 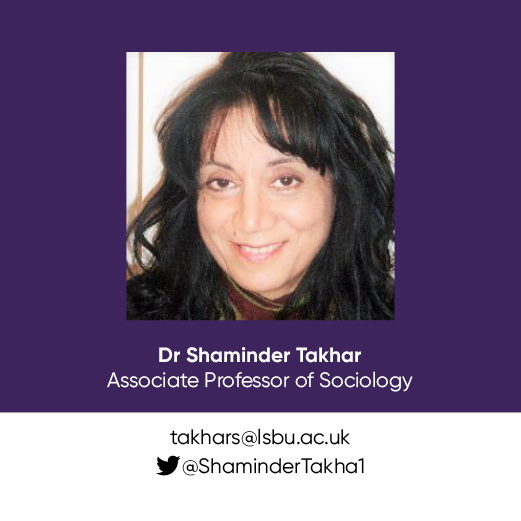 The killing of George Floyd catapulted the #BlackLivesMatter movement into global consciousness.

The suffocation, silencing and systemic racism experienced by black people around the world was captured by the pandemic metaphor ‘I can’t breathe’ - the last words of a man slowly dying in the time of COVID-19. The parallel between police brutality and how the pandemic has disproportionately affected African-Americans and the minority ethnic population in the UK could no longer be denied. Social media played a key role in witnessing a fatality which was very difficult to watch, but touched a nerve resulting in responses beyond the United States.

#BLM is viewed by some as a response to racial inequality experienced by African-Americans as something that only occurred in the US. However, racial inequality has been evidenced in the UK Government’s Race Disparity Report (2017) which found overall inequalities and disadvantage amongst minority ethnic groups in education, housing, employment, policing and the criminal justice system. The visible impact of COVID-19 on minority ethnic groups finally spurred the government to set up a Government Commission on Race and Ethnic Disparities led by Munira Mirza. Unfortunately, she has publicly condemned the audit above, controversially claimed that institutional racism is a perception and is a critic of anti-racism. A disappointing start which will most likely overlook systemic and structural racism.

However, the #BLM protests provide new impetus for us to take action against racial inequality. Sustained protests have captured the imagination of people across the globe. One of the most interesting aspects of the protests was the multiracial composition. It was almost as if something had clicked inside the minds of people to enter a woke era in which there has been widespread acknowledgement of racism and white privilege. We could view this as a kind of allyship emerging organically and built on a new understanding of history that has been imbued with racism. It has led to self-inspection by universities and companies on possible links to slavery, statements of support and solidarity, taking the knee, displaying the Black Power salute, changing of brand names and the incorporation of the #BLM logo by major companies, albeit probably motivated by self-interest.

Being an ally means going beyond wearing it as a badge. It means speaking up and taking action against racism, providing a great opportunity for everyone to be involved in constructive change and progress. Being aware and taking action against systemic oppression is key - actions speak louder than words. For some commentators, academics and students, the above ‘actions’ are merely symbolic gestures and fail to recognise the urgent need for change. In recent years, many books written on race and racism have highlighted historical facts and explain how racism pervades our society and operates at institutional level. Unless you have been living on another planet, you could hardly have missed that these titles all point to change.

What can universities do? Acknowledging that racial inequalities exist is the first step towards doing something about institutional racism. Institutional accountability is key and can only be achieved in the current climate if an institution’s leadership is committed to racial equality evidenced through, for example, submission to the Race Equality Charter, having key performance indicators on race, reducing the attainment gap between majority and minority ethnic groups, decolonising the curriculum, ending the ethnicity pay gap and providing sufficient monetary and human resources for EDI Teams to carry out the necessary specialist work.

Specialist work also involves training all staff beyond unconscious bias to include awareness of race issues and the centrality of whiteness to the debate. Robin DiAngelo’s book, White Fragility (2019) is a good starting point in the journey towards anti-racism that does not judge black people through a deficit model or as a social problem. It means that racial equality at the intersections of gender, sexuality, class and disability looks less like a demand, but something which is desirable and easily acquired by focussing on power and policy change in a less than perfect world.

I encourage everyone to read recently published books and to look to ourselves in allyship in order to (re)create our institutions free from racism, sexism, homophobia, ableism and transphobia. To bridge our differences, to believe that we are instrumental in creating a better future for everyone and to speak our truth is crucial. We may not yet be able to dismantle fully systemic racism, but there is hope and optimism for the future: young people have taken up the struggle for a better world because, in the words of James Baldwin, ‘not everything that is faced can be changed, but nothing can be changed until it is faced.'

Dr Shaminder Takhar is an Associate Professor of Sociology at LSBU.