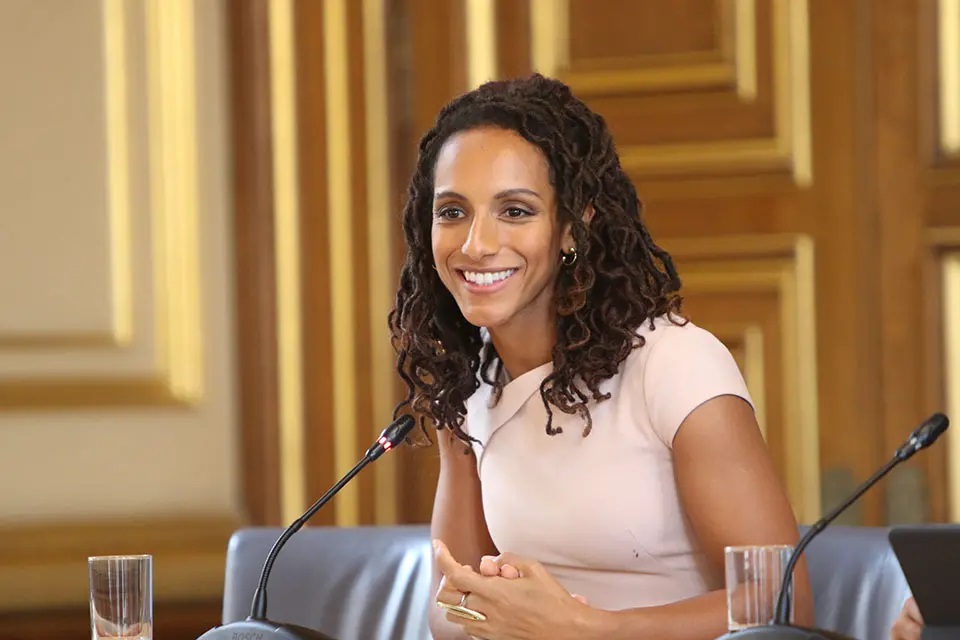 Afua Hirsch has been presented with an honorary doctorate by London South Bank University (LSBU) for her incredible award-winning work as a writer, author, TV presenter, documentary maker and former barrister.

LSBU awards honorary doctorates and degrees to distinguished individuals who have made significant achievements. Alongside Afua Hirsch, over 400 students who recently finished their studies at LSBU were presented with their degree scrolls at a major graduation ceremony on 28 January 2022 at The Royal Festival Hall.

Afua Hirsch said, “I couldn’t be prouder to be presented with an honorary degree by LSBU today for my work as a UK writer, broadcaster and author. Since I started my first job at the Voice Newspaper I have tried to make sense of the injustice and unfairness I see in the world around me and use the platforms I have to shine the spotlight on injustice.

“I hope my honorary award demonstrates to LSBU graduates some of the enormous possibilities that are open to them as they decide where they want to work in the next stage in their lives.”

David Phoenix, LSBU Vice-Chancellor said, “Afua Hirsch is a brilliant example to all of LSBU’s graduates and our current students of the huge possibilities they have to change the world, after her leading work as a UK journalist, barrister, author and radio / tv presenter.

“LSBU celebrates being a diverse community where there are no barriers to inclusion. It is an honour to present Afua with this highly-deserved award on behalf of our university for her award-winning work as an author, broadcaster and writer which has led to social change in the UK.”