Ary Shirazi, alumnus, building a career in the games industry

Ary reflects on his 7 year career in the games industry; now Technical Designer at Sony, he's developed some of the world’s most popular video games

Within two months of graduating, Ary Shirazi landed a job working on the Harry Potter game series with Electronic Arts. He is now Technical Designer at Sony Computer Entertainment Europe where he has developed some of the world’s most popular video games.

I've worked on some blockbuster titles for huge games companies. But my time as a student on the Dare to be Digital competition is still the best development experience I've had.

Since the age of three, Ary played any game he could get his hands on. Until he enrolled at LSBU, however, he had never worked collaboratively on a game before. Encouraged by his Course Director, Siobhan Thomas, he teamed up with four classmates and entered a student competition in which contestants designed a fully-functioning game prototype from scratch. After ten weeks Ary’s team showcased a space pirate adventure game inspired by pinball, called “Captain Cannonball”, to industry professionals.

“The Game Cultures course gave me the opportunity to collaborate and the drive to learn a varied set of skills. I had a playable demo before graduating, which gave me an advantage over other junior designers and got me my first proper job working on Harry Potter.”

Collaboration is critical to Ary’s success at Sony. A typical day might include prototyping a set of game mechanics, for example how quickly a player jumps from roof to roof. It will also involve liaising with the code, animation and art teams or pitching ideas to senior stakeholders.

Feeling inspired? Read Ary’s LinkedIn profile to get a fuller picture of his career trajectory and what was involved in each of the positions that he’s held throughout his career.

Ary has developed an online portfolio site detailing his studio-backed games projects and his independent work, his illustrations, maps and photography - as well as his industry blog. 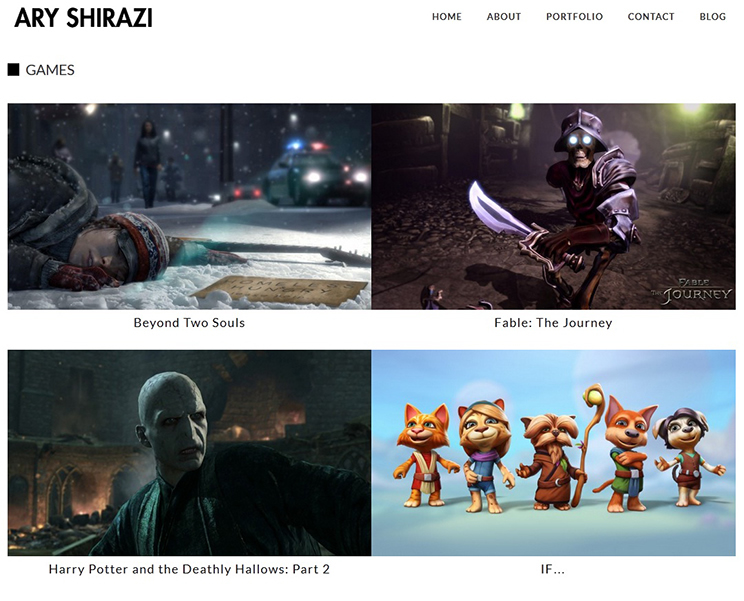 We talk to Ary about games, his future plans and his advice to students:

What does the future hold for you – your plans and goals?

AS: I'd really want to use the skills that I've acquired to one day release a game independently. The feeling you get when a game comes together is indescribable. You need a solid team of design, programming, art, animation and sound design people.

What traits do you think a game needs to be successful?

AS: For a game to be successful, it needs to have a captivating hook. That hook could be any number of things.

So, when it comes to designing your next smash hit, all you need to do is figure out what your hook is going to be… Preferably before you start making it.

In The Missing Key, you’ve made everything – the idea, the graphics, even the music. How do you approach these different creative pursuits? How do they come together?

AS: When spending your spare time creating a project independently, it’s important to recognise your skill base and set yourself a target time frame.

With The Missing Key, the thought process went like this:

What’s your experience of working freelance? Do any pros or cons come to mind?

AS: The games industry, much like the film industry, works very closely with contractors. It’s normal to be hired on an initial 3-month, 6-month or 12-month contract before a company may decide to take you on full time.

I’ve been extremely lucky to land some incredible contracts with Microsoft, EA and Sony to name a few. My time at these companies has taught me a great deal about how to run a team efficiently within games production - and how to ship a world class piece of entertainment.

Contracting can have its downsides, though. In particular, the downtime between contracts depending on how much work is available at a particular time of year.

Often when a game nears the end of production, teams scale down in size and a lot of contractors are let go, so it’s important to stay ahead of the game and be communicating with recruiters and contacts before your contract finishes.

With Undertale knocking Ocarina of Time off GameFAQ’s “Best Game Ever” top spot, do you think we’re in a new era of appreciation for indie games?

AS: The games industry’s indie scene is so interesting right now. Now that some of the world’s top game development software such as Unity and Unreal have been released for free use, it’s opened up development to people that previously could never afford to develop a game outside of the studio atmosphere.

Nowadays, game prototypes can be developed by one or two person teams, who can then pursue new funding opportunities through things like Kickstarter.

Sony, Microsoft and Apple are also working extremely closely with indie developers, so if you’ve got a polished prototype and the drive to run your own business, you could easily end up with a publishing deal with one of these big players!

What are the differences in developing a standalone game compared to an instalment in an established franchise?

AS: Standalone games are all about the experience, it’s about figuring out what the most important thing you want to get across to the player is. Is it the gameplay? Is it a story?

Let’s take, for example, the recently released Firewatch and Everybody’s Gone to The Rapture. They both chose to deliver an unforgettable story. So they put their man/woman hours into developing a beautiful art style, elegant and adult storylines and some of the best voice acting talent you’ve ever heard in games.

For franchise games, a team will aim for the same goals, but they will also look at their game as a service.

Take, for example, Destiny. Bungie released the game within a 'season' format. Season 1 (or year 1) saw the release of the vanilla version of their game, and three expansion packs layering new gameplay and stories on top of their original framework. This kept fans of the game coming back and playing Destiny throughout the year, instead of completing the game and then trading it in.

Of course, some people will argue that continually working on cycles of the same game will eventually bring out player fatigue in the franchise. That’s when hopefully developers will know when to stop supporting their game and develop a new franchise.

AS: In my career I have primarily worked on story-driven action titles, which is great because I love playing these too!

I’ve never had the opportunity to work on an RPG, but I would absolutely love to. RPGs in particular used to be my favourite genre to play when I was younger - games like Zelda: Link’s Awakening and Baldur’s Gate. Those games in particular are still spoken about very fondly by fans of RPGs, so of course I’d love to make something that can emulate the success of these games in the future.

Do you have any advice for aspiring games professionals?

AS: My advice to students is to collaborate and make a demo. If it’s good, you will get a job in the games industry.

Since 2005, LSBU has been teaching the importance of understanding all aspects of games design, development and theory. Taught by professionals working in the games industry, this unique course has produced talented graduates who now occupy a range of positions including sound designers, programmers, scriptwriters, special effects technicians and character artists.

Find out more about BA (Hons) Games Design and Development.