LSBU student Andrei Petrar has been awarded Highly Commended in this year’s DIP competition for his project.

Robin Jones, Associate Professor of Mechanical Engineering and Design, School of Engineering, at LSBU, said: “Andrei chose a real problem to tackle for this competition – what would you do if you were in the injured in countryside and had no phone coverage? He tackled the project diligently and meticulously. The initial design was repeatedly iterated and test rigs built to prove the fundamental engineering and science. Andrei produced a solution that was both realistic and believable - all whilst on his placement year from BSc EPD.”

Over 200 entries from universities in the UK and Ireland responded to the competition brief “Design for a Natural World”, from which only 6 students were shortlisted for the final judging session on Friday 28 May 2021. 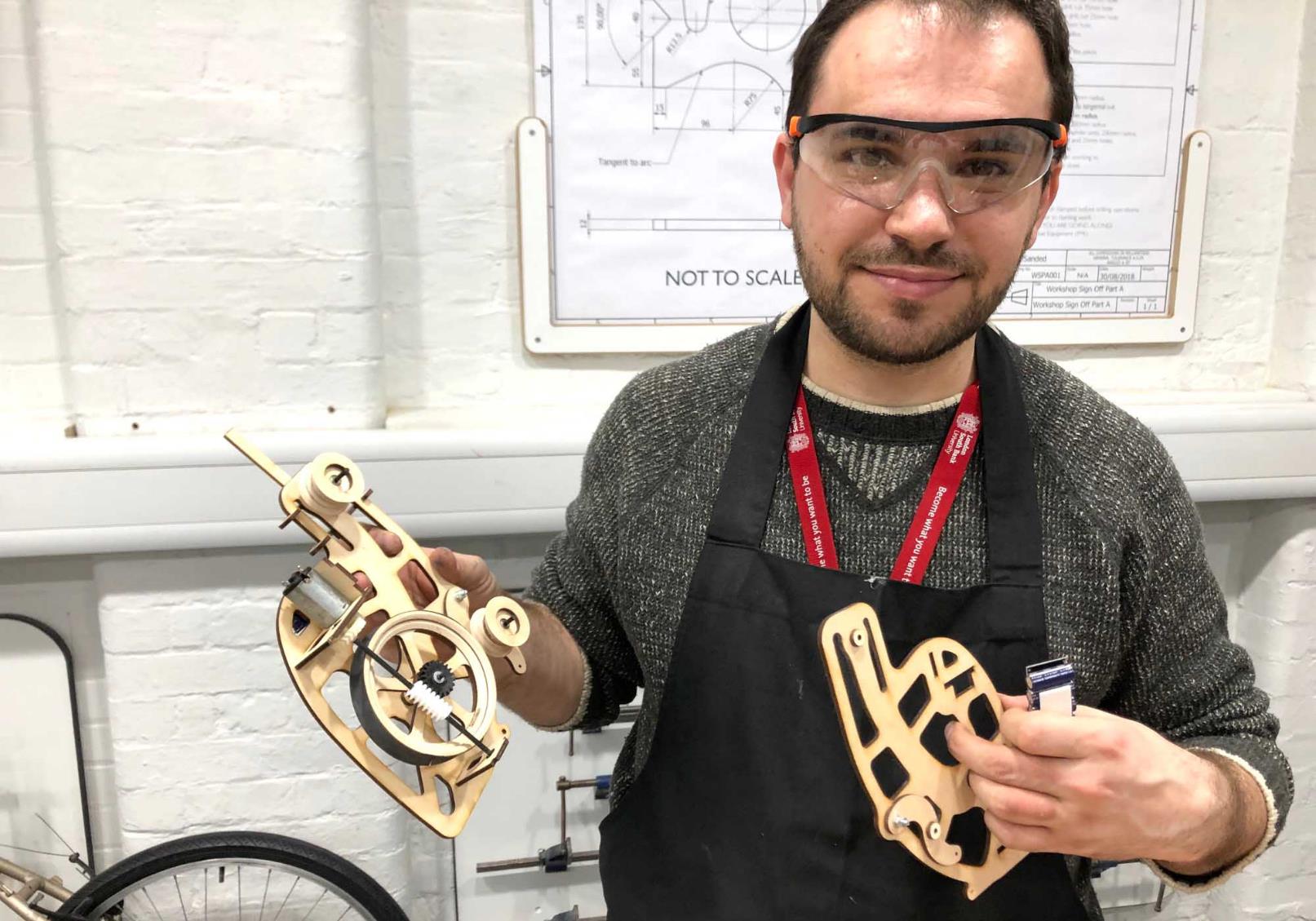 LSBU is proud to share that BSc Engineering Product Design student, Andrei Petrar, project ‘AER Drone’ has been shortlisted .It is a fully autonomous drone which can be deployed in an emergency to alert rescue services.

The DIP competition is unique, as it involves judges giving feedback on issues throughout the competition, meaning entrants must address this during the competition to ensure their entry is competitive. They must also construct their own prototype or model to use in the final round judging.

LSBU will follow the competition closely and will send an update after the finals results are released, but in the meantime, fingers crossed for Andrei and all the finalists!