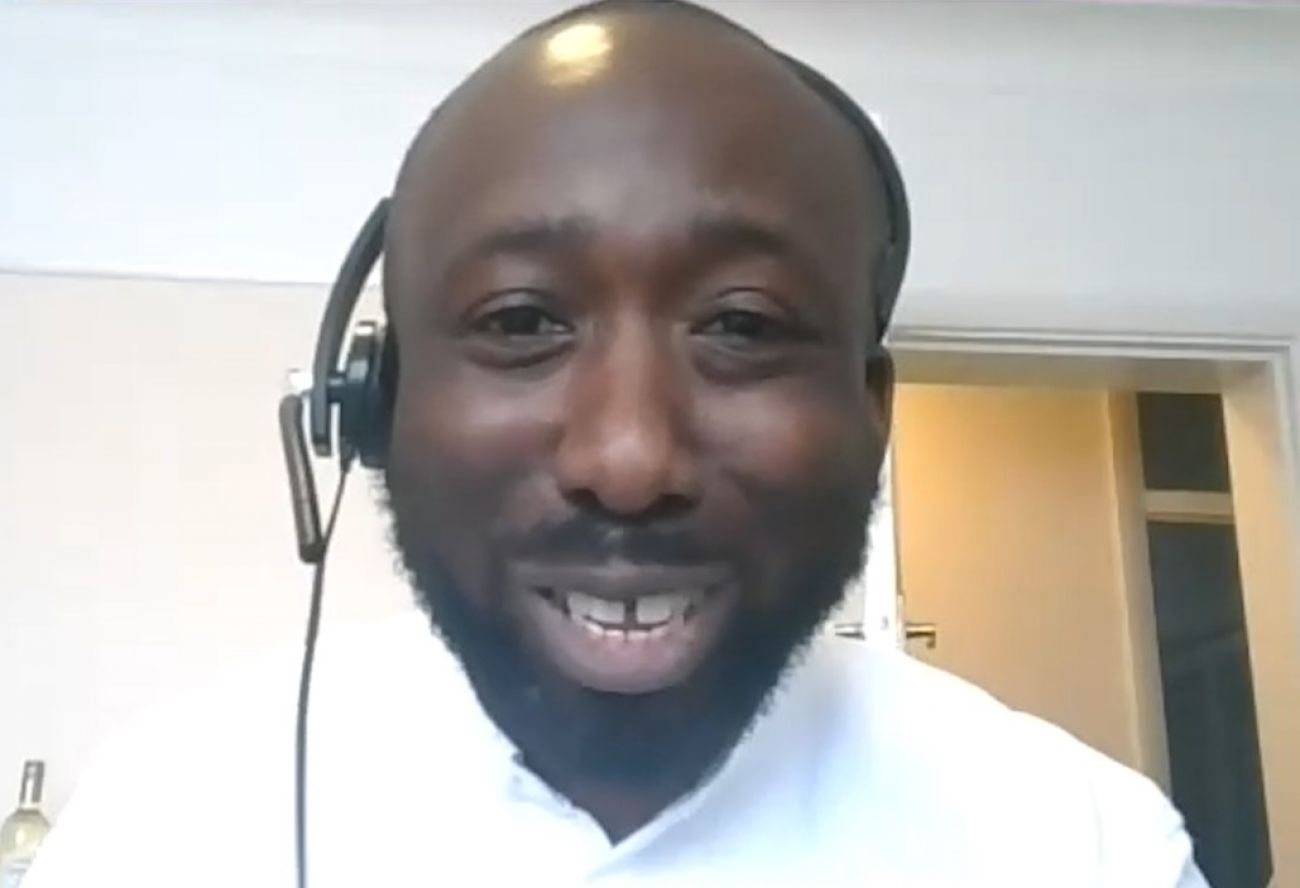 "It's by sharing our experiences that we can learn and grow"

Yinka Bankole (HND, Computer Aided Engineering) studied in London and then Nigeria before returning to the UK after completing his first degree in chemical engineering. He now combines a successful career in the oil and gas industry with a deep commitment to guiding and mentoring the next generation of engineers.

I'm a great believer in lifelong learning. Continuous development is so important - and for it to be effective you've got to be brave and focus on your weaknesses. That's one of the reasons I ended up at LSBU. I had a good degree in chemical engineering but I knew I needed more knowledge and experience of working with computers.

Teaching and guiding others has always come quite easily to me. I was amazed by how many people on my HND course lacked confidence in maths. So I started teaching them. A lot of people have a mental block about it but I think anyone can learn to feel comfortable with numbers. As a teacher you've got to have empathy so you can understand the barriers the other person is facing. If you can get them to relax and stop feeling anxious, you're half way there.

Doing a masters at Imperial taught me first-hand the difference an institution can make to your job prospects. When I returned to the UK with a qualification from the University of Lagos, I couldn't get a graduate job. With a degree from Imperial, it's almost impossible not to get a job. I know that graduates from South Bank can face those barriers too. It's nothing to do with talent - there are a few factors but it's a lot to do with confidence, and knowing how to make yourself employable.

Since then I've been doing what I can to support people who need a bit of help to get on the right path. After working for a few years in industry I became a STEM ambassador, going out to schools to talk to pupils about science. Then one day I was invited to attend an event taking place in a church in Walworth Road where the Association for Black and Minority Ethnic Engineers, was running an event called Making Engineering Hot. It was for school kids, but I just thought wow, we could upgrade this for undergraduates too. So we took their model and ran a three-day workshop at South Bank. There were mock interviews, presentations, group activities - all the practical skills you need to make yourself stand out from the other candidates during the selection process.

I don't go out looking for mentoring opportunities, it all just seems to happen organically. I've volunteered at employability fairs at the University and also organised an event called the Chartership Blitz, held in the LSBU library, where we brought together graduates (including quite a few recent LSBU graduates) with chartered engineers to get their chartership applications kick started in one afternoon. Sometimes the hardest thing is just getting round to filling out the form. Whenever you do these things, you end up meeting people, talking, and so the network just grows. Currently, I'm mentoring around ten people, which might involve anything from regular coaching sessions to just checking and commenting on a CV. Whatever someone needs.

I'll work with an LSBU student any time (t). That's a joke for the engineers! We always talk about time as a variable... Of course I work with alumni from other places too but I feel a special bond with South Bank.

My advice to anyone studying now would be, make sure you are developing skills that are always going to be in demand. STEM is a pretty good place to start. But whatever your area of specialism, you've got to make sure you don't stand still, which brings us back to lifelong learning. I'm very aware that I'm working in a sector that's changing fast. If I want to stay relevant, I've got to learn about energy transition and all the new technologies that go along with that. That's definitely a priority for me at the moment.

For me the ultimate reward is to see someone I've mentored go on to mentor someone else. In my first job, I had a mentor who was a huge influence on me. I know it's hard to believe now but he told me I was an introvert and that I'd never get ahead unless I learned to speak up. And he was right. You don't have to be a loudmouth, but you can't afford to fade into the background. Now I can pass those lessons on to others, and they in turn can do the same. It's only by being open and by sharing our experiences that we can learn, and grow.