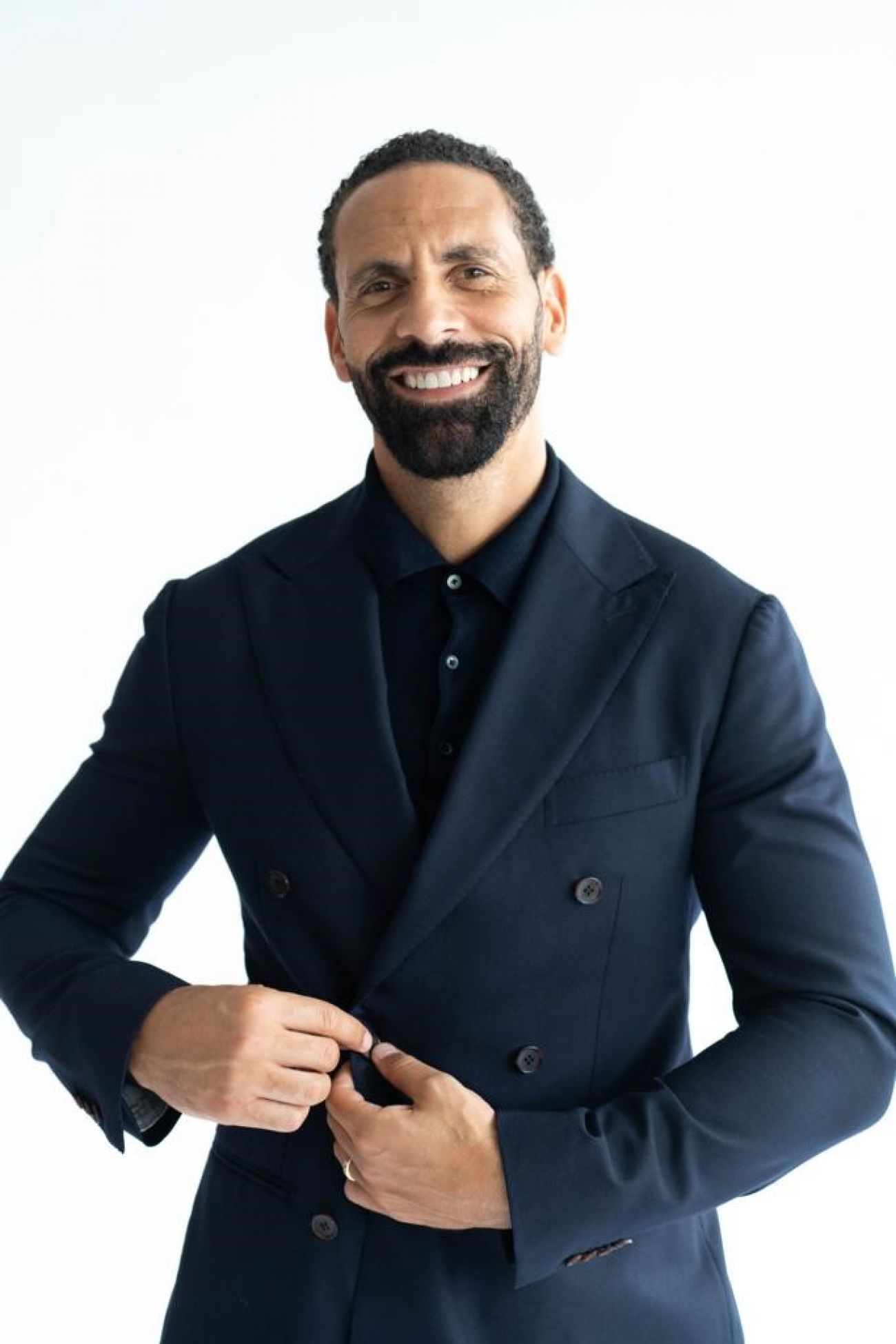 Rio Ferdinand has been made an honorary doctor of letters.

Rio Ferdinand is one of our most successful and best-known footballers, he tasted glory on the pitch with both Manchester United and England. Since retiring, he has carved out a new career as a broadcaster and commentator as well as becoming an advocate for a range of issues including mental health, single parenthood and racism in sport.

A true local boy, Rio was born in King’s College Hospital and grew up in Peckham. A bright student, his physical prowess was evident from an early age. He excelled at gymnastics and won a scholarship to the Central School of Ballet. It was clear from the start, though, that football would win out. He went on to play for top-flight clubs including most notably Manchester United and for the national team, winning a total of 81 caps.

But alongside those sporting achievements Rio has always been committed to using his platform to speak out about issues that matter to him. In 2012, he set up the Rio Ferdinand Foundation to tackle the inequalities he experienced during his own youth in south-east London.

Operating in the heart of the UK’s most disadvantaged communities, the charity works to help young people realise their potential through sport, media, the arts and education, empowering them to take charge of their own lives and bring about positive change in their communities. In 2020, in partnership with the Co-op, the charity launched Youth Voices, a creative programme of events designed to give young people the opportunity to make themselves heard through podcasts, film, spoken word and music.

Rio has also spoken openly about his own experiences of bereavement, doing much in the process to tackle the stigma that remains around mental health issues, particularly among young men.

Both his BBC documentary, Rio Ferdinand: Being Mum and Dad, and the subsequent book, Thinking Out Loud, were hailed for their emotional honesty and directness. He has also gone on to highlight the challenges of becoming a blended family, along with his wife Kate. Together, the couple recently became patrons of the charity Child Bereavement UK.

Rio Ferdinand has won many plaudits for his footballing skill, but it is for his commitment to tackling inequality in all its forms, and the courage and resilience he has shown in sharing his own experiences for the benefit of others that we award him an honorary doctor of letters.