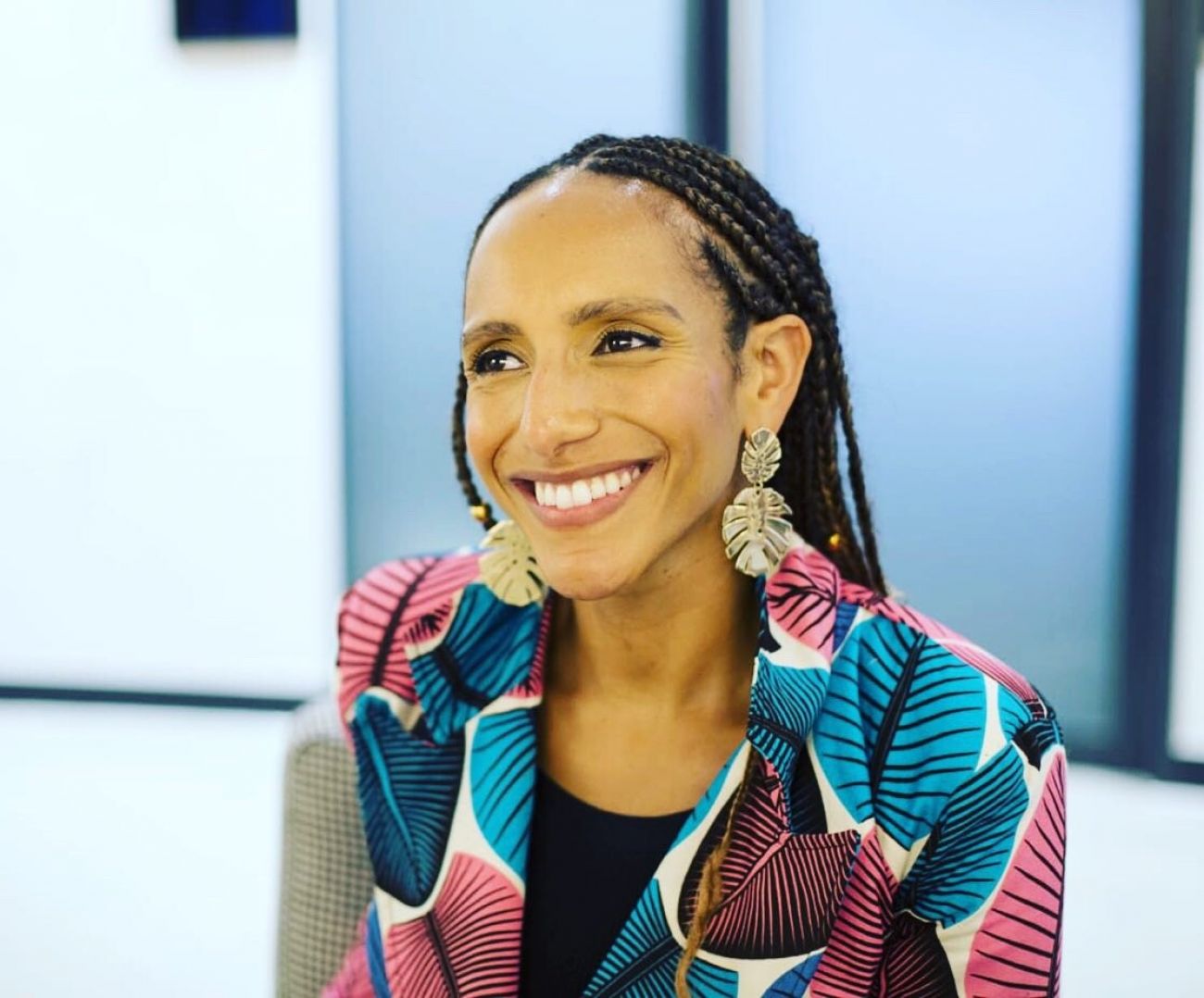 Afua Hirsch qualified as a barrister before working as a print and TV journalist. Now a successful author and broadcaster, she recently set up her own production company, Born In Me. She receives an honorary doctorate of letters.

I was 14 when I went to work at The Voice and it changed my life. First, I realised I had a passion for writing and telling stories. And second, having grown up in a very white part of London it was a total revelation to me that just a few miles down the road there was this other world where black people were in control, running a newspaper, telling their own stories to their own community. That was so important to me in terms of forming my identity and building my confidence as a black British person.

I made the decision to study law because I wanted to have a tangible skill. At Oxford, I studied under the late Professor Raufu Mustapha. His thinking about post-colonial politics and pan-Africanism set me on the path of wanting to live and work in Africa. After graduation, I went to Senegal to work for the Open Society Institute, a non-profit foundation that supports local civil society organisations. Grant-making in west Africa is a complex business, but I personally felt the need for a skill that would enable me to help advocate for structural change for the communities I was working with. So I came back to the UK to study law.

The chambers I joined, Doughty Street, is known for its focus on human rights and working with Legal Aid clients. Its values very much aligned with my belief that access to legal representation is a universal right. I represented people with critical homelessness and asylum claims, and worked with other members of chambers in the international criminal trials from Sierra Leone and Rwanda, but my day to day work was criminal defence. Even then the Legal Aid system was close to collapse and it was getting harder to do right by the clients. The Guardian was advertising for a legal correspondent and I thought that would be a great opportunity to really shine a light on what was happening in the legal system.

When the opportunity arose to go back to Ghana as The Guardian’s west Africa correspondent, I grabbed it. At the time, Ghana was the fastest-growing economy in the world. There were so many stories I wanted to tell. Having grown up in the UK, though, I genuinely didn’t know whether I could successfully adapt to living and working in that environment and moving through the world as a Ghanaian. But I knew I had to try. I learned the skills I needed – managing a household, negotiating at a police roadblock, hustling at the market – and I’m proud of that. My daughter was a toddler at the time and it’s given her a really strong connection with the country, too. Even seven years on, she still craves really traditional Ghanaian dishes.

Moving into TV, I had to learn a new way of communicating. Working with images rather than words means completely rewiring your brain. Being at Sky was like boot camp. You’d get a story at 9am and it had to be on air by 5pm. I often had to produce, direct, present and help edit my own packages. It was super-intense, but I learned so much. To be an effective storyteller, I think you’ve got to be able to move seamlessly across all the different platforms – print, TV, social media. You can’t stay in your box.

My book, Brit(ish), felt like the culmination of all my ideas, all my thinking, all my writing up to that point. I could see that there was a whole new generation of young black British people struggling with the same questions of identity that I’d struggled with, and we didn’t seem to be any closer to having an answer. Where I grew up, it was taboo to talk about race, to discuss your blackness. The message was, assimilate. But I didn’t want to do that – I was proud of my black heritage. The act of writing the book radicalised me even further and made me realise that I needed to strike out on my own to be able to tell the stories I wanted to tell.

I called my production company Born in Me after a quote by Kwame Nkrumah, who led Ghana to independence from the British Empire. He said, ‘I am not African because I was born in Africa, but because Africa was born in me.’ Pan-Africanism says that for the African continent to be truly free, Africans and people of African heritage need to own our own resources and set our own agenda. For me, that includes telling our own stories and that’s what I hope to do. I’m also aware that I have a responsibility to act as a role model. It’s not enough for me to talk about how we need to take the control of the narrative – I have to actually do it.