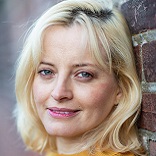 Tanya's background is in Theatre Directing and her training centred on working with actors, rehearsal techniques and acting methodologies. Tanya Roberts is the Artistic Director of Metra Theatre and directed their site-specific adaptation of Chekhov's Three Sisters, performed on a canal boat, which was programmed by The Lowry, The Wales Millennium Centre and The Oxford Playhouse.