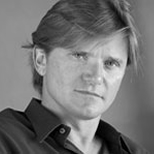 Richard Farleigh is one of 11 children born in Victoria, Australia, to an itinerant sheep shearer. Taken into care at the age of two, he was assessed as being backward. Discovering an early talent for chess helped boost his confidence, and he went on to excel at school. He won a scholarship from the Central Bank of Australia to study economics and econometrics at the University of New South Wales, graduating with first-class honours.

His career was a stellar one from the start. Following 10 successful years as a trader with Bankers Trust Australia, he was headhunted to run a hedge fund in Bermuda. Within three years he had earned enough money to retire, and moved to Monte Carlo. But a life of leisure was not for him, and he and his friend, chess grandmaster David Norwood, decided to become business angels, investing and advising start-up companies in the very early stages of their development.

That company has since been sold, but Richard's appetite for supporting entrepreneurs remains undimmed, and he has continued to invest his own capital in new ventures from airlines to medical equipment and even the private members' club Home House. In 2006 he was invited to join a panel of investors on the popular TV programme Dragons' Den, where he quickly gained a reputation as the show's 'Mr Nice'.

Indeed, a strong belief in the importance of personal relationships runs through his business dealings. "Investing is like a date," he has said. "Within the first five minutes you kind of know if it's going to work." He admits that as a business angel, it's impossible to be an expert in every field. Instead, he looks for a management team that believes in the business. "If they've got that belief," he says, "and if they're capable people, it's unlikely they're wasting their time."

In 2005, he published a well-received book of strategies for successful investing. "I sweated for two years over that book," he says, "and I'm proud of it. The billionaires I've met in my life are some of the unhappiest people I know." He describes his daily routine as a 50:50 split between work and leisure. He enjoys tennis, skiing and boating and has represented Bermuda and Monaco in the Chess Olympics.