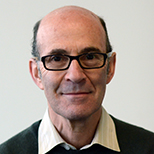 Prof. Lerman was a schoolteacher of mathematics before completing a PhD and becoming a teacher educator and a researcher in mathematics education. He has worked at London South Bank University since 1987 and was promoted to a Chair in 1998.

He was Chair of the British Society for Research into Learning Mathematics from March 1994 to December 1996, and President of the International Group for the Psychology of Mathematics Education from July 1995 to July 1998.

Prof. Lerman's research focus has been on sociocultural and sociological perspectives on the teaching and learning of mathematics. Amongst many minor grants for research he was Principal Investigator on an ESRC funded research project from 2001 to 2003 entitled “The Production and Use of Theories of Teaching and Learning Mathematics”, and co-Principle Investigator on a European funded research project entitled “Big Ideas in the Teaching and Learning of Mathematics” from 2009 to 2011. He was recipient of the Svend Pederson Award from Stockholm University in 2010.

In 2014, he was honoured with the publication of a book edited by Peter Gates and Robyn Jorgensen entitled “Shifts in the field of mathematics education: Stephen Lerman and the turn to the social”, published by Springer. He is Visiting Fellow in the Mathematics Education Centre at Loughborough University, Visiting Professor at the Faculty of Education of the University of the Witwatersrand in Johannesburg, South Africa, and Adjunct Professor at Griffith Institute for Educational Research in Brisbane, Australia.

He was appointed Emeritus Professor of Mathematics Education on retirement in 2012.

Prof. Lerman gives occasional lectures to trainee teachers at the University. His main work is supervising PhD and EdD students in Education.

On encountering the work of the Russian psychologist Lev Vygotsky, his work became focused on cultural-historical approaches to cognition and to sociocultural theory. A natural progression to sociology of education, in particular Basil Bernstein’s theories, followed.

He has published widely in journals, books and conference proceedings on aspects of mathematics education from sociological and sociocultural perspectives, including issues of equity and disadvantaged students. He has given keynote addresses in many countries around the world and at major international conferences.

Currently he is working with Professor Jill Adler in Johannesburg on a project to improve performance of Black African students. He has also been working recently on school students’ learning of functions in a comparative study of schools in England and Israel, with professor Anne Watson and Dr Michal Ayalon.