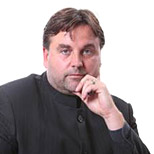 Markus' research areas is Performance Psychology that describes, explains and predicts human behavior in complex performance situations, mostly in the context of sport, exercise and psychological demanding environments. He is trained as a human movement scientist and cognitive psychologist and graduated in both fields, and is interested in the relation between Mind and Motion, and Thought and Action, often referred to as Embodied Cognition. He coined terms such as Motor Heuristics and Embodied Choices to illustrate that humans in complex situations needs to decide and action upon their decisions with limited time, capacity and knowledge and thus may often need to rely on their expertise, experience and intuition.

leads the Department of Performance Psychology at the German Sport University and is a part-time research professor at London South Bank University. Leadership in research project, research groups, as a program director is team-oriented.

He has organised his thinking and research structure in four different areas in a cube the content multi-construct research in perception, action, cognition and emotion, the research paradigms using experiments, diagnostic/interventions, neuro-physiological methods and hormone/transmitter analyses as well as the focus of my research to theoretical, empirical, methodological and applied transfer. I see research as a team activity and thus organise Institutes, Departments in groups and at the same time foster progress in lab meetings, progress-reports within and between institutional structures.

The main focus his research is on the behavioural level (with some interest in neuropsychological research) and is two-fold:

Vice president of the Scientific Advisory Board of the German Federal Institute of Sport Sciences from the Minister of the Interior.

Member of the Managing Council of the European Sport Psychology (FEPSAC) since 2011.

Member of the Managing Council of the German Sport Psychologist (asp) since 2013.