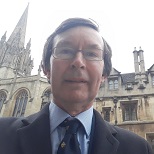 Jonathan Bowen, FBCS FRSA, is Chairman of Museophile Limited (founded in 2002), an Emeritus Professor at London South Bank University, where he established and headed the Centre for Applied Formal Methods in 2000, and since 2017 an Adjunct Professor at Southwest University, Chongqing, China.

Between 2013-15, Jonathan was Professor of Computer Science at Birmingham City University. During 2006–07, he was a visiting academic at University College London. Between 2007–09, he was a Visiting Professor at King's College, London, and during 2008–09, he was an Associate at Praxis High Integrity Systems (now Altran).

Prof. Jonathan Bowen has been involved with the field of computing in both industry (including Marconi Instruments, Logica, Silicon Graphics Inc., and Altran Praxis) and academia since 1977. His interests have ranged from formal methods, safety-critical systems, the Z notation, provably correct systems, rapid prototyping using logic programming, decompilation, hardware compilation, software/hardware co-design, linking semantics, and software testing, to the history of computing, online museums, and virtual communities. He holds an MA degree in Engineering Science from Oxford University.

In 2001, Bowen received the Freedom of The Worshipful Company of Information Technologists, the 100th Livery Company in the City of London, later becoming a Liveryman. In 2002, he was elected Fellow of the Royal Society for the encouragement of the Arts, Manufactures and Commerce. Bowen became a Fellow of the British Computer Society in 2004 and is now a Life Fellow of both the BCS and RSA.

Jonathan Bowen is academic co-editor of Innovations in Systems and Software Engineering: A NASA Journal and an associate editor of ACM Computing Surveys. He has co-edited special issues of journals such as Formal Aspects of Computing and co-edited the proceedings of the EVA London conference series on Electronic Visualisation and the Arts since 2006, with a volume of selected revised papers appearing in 2013, published by Springer. In 2012, he co-organized a celebration of Alan Turing’s centenary, Turing’s Worlds, in Oxford. An associated co-edited book, The Turing Guide, was published by Oxford University Press in 2017. Bowen also contributes to Wikipedia.