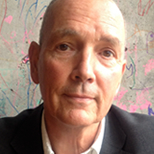 Andrew Dewdney is a research professor, PhD supervisor and lecturer working within the Centre for Media and Culture Research, and is a member of the Department of Arts & Media which came to London South Bank University in 2000.

Professor Dewdney has worked professionally in the Cultural Industries, voluntary arts sector as well as academia and through his research promotes the need for greater collaborative approaches between theorists and practitioners working in the public realm.

He was Director of Exhibition at the Watershed Media Centre in Bristol (1990-1993) and Chairman of the Arts Council's Photography Panel (1994-1997). He led the School of Film and Photography at Newport School of Art and Design (1993-1999). He has been an External Examiner in photography for many of the leading British photography courses and a peer reviewer for the Arts and Humanities Research Council. He is an editorial advisory member for the Routledge Journal Photographies and the Intellect Journal Philosophy of Photography. Professor Dewdney has been involved in cultural studies research fieldwork since 1978 and written extensively upon questions of research methodologies and the relationship of theory to practice. His current work brings together his expertise in new media together with that of museum studies in looking at the impact of networked culture upon forms of exhibition and display in galleries and museums.

Andrew's current research is focused on the impact of online networked cultures upon analogue archives and their representations in museums and galleries. Currently he is collaborating with The Photographer's Gallery London on the development of their Digital Development Strategy. Between 2007-2010 he was the Principal Investigator and Director of a major national collaborative research project between Tate Britain, University of the Arts London and LSBU, funded by the Arts and Humanities Research Board.

His specialist areas include:

Andrew Dewdney has a long and distinguished career as an educationalist, contributing to the early formation of photography education and media studies as a founder member of the Department of Cultural Studies at the Inner London Education Authority's Cockpit Arts Workshop. Since 2003 he has focused his teaching and subject interest upon the development of digital media technologies and the growth of the Internet and published a formative student handbook on Digital Media, the New Media Handbook (Routledge 2006) and a revised second edition, the Digital Media Handbook (2013).

As Head of the School of Film and Photography at Newport School of Art and Design he was the strategic leader for the restructuring of provision within modularity during a period of the expansion of student numbers in higher education. He continued this work as Head of the Department of Arts, Media and English at London South Bank University, (2000-07), leading the development of a new undergraduate media scheme based upon the growth of digital media and student numbers as well as co-writing an innovative creative media masters practice based project programme.

He teaches a lecture-based module in New Media and Digital Art to photography and sonic media students and a parallel Critical Cultures module to Arts Management Students. He supervises two AHRC funded doctoral students in a collaboration with Tate and is currently preparing teaching material for the MA Curating Network Cultures, one of the award titles of the newly validated Masters programme in Convergent Digital Media.

Andrew Dewdney studied Fine Art between 1964 and 1969 before undertaking a Master's degree by thesis in Art Theory at the Royal College of Art. His thesis was an empirical sociological study of fine art education belief systems using a symbolic interactionist analysis. In 1975 he joined the experimental integrated arts organization, the Cockpit Arts Workshop, working with young people and museum educators on the creation of Tableau Vivants drawn from works in public collections.

At the Cockpit he was a founder member of the Department of Cultural Studies, which edited and published the radical education journal Schooling and Culture (1978-84) and established the Cockpit Gallery and Touring Exhibition programme. Between 1987 and 1990 he worked in Sydney, Australia at the Inner City Education Centre and Tranby Aboriginal College developing the use of photography to explore cultural identity and confront racism in the media. This work was published as More than Black and White (1988, ICEC) and Photography, Race and Representation (1991 ICEC). The two key strands of his professional and research activities throughout his career have been the development of emancipatory pedagogies and the relationships between art, media and society.

Photography has been a longstanding topic of his research focused upon the uses of photography within everyday life in producing cultural value and meaning. He co-wrote Youth, Culture and Photography (Macmillan.1987) and Down But Not Out (Trentham 1989) as accounts of practical educational projects with young people which explored forms of photographic engagement. As a curator of photography at Watershed Media Centre he directed and produced one of Britain's first digital exhibitions, Silver to Silicon (1995), with major Arts Council funding, which was coupled with the book, The Photographic Image in Digital Culture (1996 Routledge) edited by Martin Lister, a co-director on Silver to Silicon.

Dewdney's interest in curation and exhibition was further confirmed, when in 2006 he was awarded a major Arts and Human Sciences three year research grant as the Principal Investigator and Director of the Tate Encounters: Britishness and Visual Culture research project. This was a collaborative project between Tate Britain, the university of the Arts, London and London South Bank University. It was a project under the Diasporas, Migration and Identities programme of the AHRC and focused upon how diversity policy was enacted in the shaping of audiences at Tate Britain in relationship to the National Collection of British Art. The project resulted in a number of outputs including a report to the Tate Trustees, an archival website, refereed papers and the book, Post-Critical Museology: Theory and Practice in the Art Museum. (Routledge 2013).

Through the Tate Encounters research project his interests in art, media and education came together in a powerful focus upon the role of audiences in the production of cultural meaning and the impact of the Internet upon traditional museums. From this he developed the idea of the distributed museum and the importance of transmediation in the interpretation of art.

His current research if focused upon the digital image in network culture, which is a practical collaboration with The Photographer's Gallery, London, looking at the new forms of screen media and how screens in public spaces can be curated. His most recent publication on this topic is Curating the Photographic Image in Networked Culture, in a new edition of The Photographic Image in Digital Culture, (Lister.M. ed. 2013. Routledge).

Professor Dewdney has worked professionally in the Cultural Industries, voluntary arts sector as well as academia and through his research promotes the need for greater collaborative approaches between theorists and practitioners working in the public realm. He was Director of Exhibition at the Watershed Media Centre in Bristol (1990-1993) and Chairman of the Arts Council's Photography Panel (1994-1997). He is an editorial advisory member for the Routledge Journal Photographies and the Intellect Journal Philosophy of Photography. He is a peer reviewer for the Arts and Humanities Research Council.

Professor Dewdney is a member of the Directors Group of the South Bank Cultural Quarter, representing the university of a strategic research partner. SBCQ is led by the South Bank Centre and Tate Modern and involving the major art organisations of South Bank. SBCQ has been responsible for developing new approaches to audience participation and engagement in the Arts over the past five years  and Professor Dewdney undertook a study and evaluation of a widening participation scheme to involve young people in work placements within SBCQ.

He is also the Chair of the Board of Directors of the Southwark Theatres Educational Partnership Voluntary Arts Trust. This is an organization dedicated to maximizing opportunities for young people to engage in drama and theatre and to developing drama and theatre as a means for young people to explore their own creative potential. In this role Professor Dewdney brings a considerable array of skills in strategic and policy development, community arts development, governance and managing voluntary arts organisations.

Professor Dewdney is currently the External Examiner for the MA Photographic Studies at the University of Westminster, London.