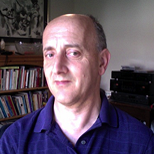 Peter Rosner's career has spanned both industry and academia. In industry he worked as a software engineer for EMI Medical, Lucas CAV, Data Logic, Aspen Tech and Imagin. Apart from his current position at LSBU, he spent several years as a research fellow at Queen Mary and Westfield College.

His teaching has focused around software development in the Java language and has included user interface, enterprise framework and service-oriented software.

In the last few years, Peter's research activity has been mainly based around software metrics, particularly applied to the Java programming language. He acts as PhD supervisor for Mike Child's research project that is based on the tool CouplingViz for the graphical representation of coupling in large scale Java systems. Peter initiated the tool and has been developing it along with Mike more recently. The research also involves joint work with Steve Counsell from Brunel University.