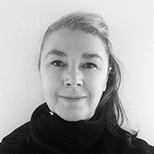 Coming from a Fine Art background, Meloni began making poetic documentaries for Channel 4, the British Film Institute and the Arts Council of England with her films:

THIS CHARMING MAN was selected by BFI for their 100 British Films reflecting ‘Britishness.’

Moving into drama, her short films:

Her feature film SHY BIRD was one of twelve projects selected for Creative England, BFI and BBC Films I-Features scheme.

Meloni is a member of Film Fatales, a collective of female filmmakers who are working to promote equality and representation of women in front of and behind the camera.