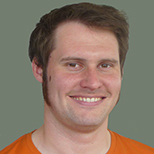 Kyle McCallum is a Lecturer in Arts and Festival Management, with interests in music and visual art at the intersection between the popular and avant-garde. Kyle has worked in the arts for over a decade as an artist, musician, DJ and festival organiser. As an artist, he has exhibited in the UK, Finland, Lithuania, Serbia and elsewhere and had music released via his own Extra Normal imprint and by other UK independent labels.

Kyle is the founder of the Contra Pop Festival of Experimental Music in Ramsgate and Executive Producer of LSBU’s Magnetic South Festival of Music and Arts.

Kyle is the founder of the Contra Pop Festival of Experimental Music in Ramsgate, Kent, a three-day event encompassing live performances from some of the foremost artists working at the intersection between popular music and the avant-garde.