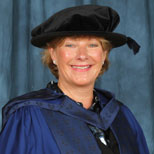 Jane Cavanagh is one of this country's most successful entrepreneurs. The company she founded, SCi Entertainment, grew in the space of just a few years to become a multi-million pound business listed on the FTSE 250, and spawned one of the best-known computer games of all time, 'Tomb Raider'.

After studying Business Studies at the University of Southampton, Jane began her career as a Business Development Manager at British Telecom in the mid-1980s. The role involved extensive travel in Japan, where she witnessed at first hand the enormous success of the Nintendo Entertainment System, one of the first video games consoles.

Jane immediately saw the potential of this new form of entertainment. Indeed, so convinced was she that video games were the future that she resigned from her job to set up SCi, which she funded herself. Initially, the company was designing and programming games for popular platforms of the time such as the Sinclair Spectrum and Commodore 64, and working with US publishers to convert their products and sell them in Europe.

Jane's instincts about the new technology proved correct. Within the space of a few months, SCi had grown from a one-woman band into a large team of graphic designers and programmers. Over the next 20 years, the company was to develop and publish around 500 games titles for various consoles and platforms, distributing them in 50 countries around the world.

Some of those games became household names, including most famously the 'Tomb Raider' series. The rights to the game were licensed to Paramount and resulted in two successful Hollywood movies starring Angelina Jolie as the intrepid heroine Lara Croft. The 'Tomb Raider Legend' game released to celebrate the 10th anniversary of the franchise in 2006 topped the UK games chart for 3 straight weeks and sold 4.5 million units.

SCi also developed a number of games based on arcade and movie licences, such as 'The Great Escape' and 'The Italian Job', the success of which led to a remake of the iconic original film. Jane attributes the company's success to a combination of strong commercial instincts with the ability to anticipate technological developments. 'It takes hundreds of people, tens of millions of dollars and up to three years to develop a game,' she has said. 'It's crucial to be able to predict which hardware platforms are going to succeed. The stakes are very high.'

In 1996 SCi floated on the London Stock Market. Nine years later, it acquired and merged with rival games company Eidos. The following year, 2006, Warner Brothers purchased a 10% stake in the company for £44 million. At its peak in 2007, the company was listed on the FTSE 250, with a market valuation of £600 million and some 1,300 staff working in 12 development studios and publishing offices around the world.

In 2009, the company was purchased by the Japanese games publisher Square Enix, best known for the 'Final Fantasy' series of games. Since then, Jane has focused on developing her own business interests and on advising start-ups, mostly in the technology sector.

In 2005, Jane was awarded an Industry Achievement Award by her peers. She has been named one of Britain's Top 100 Entrepreneurs by 'Management Today' magazine, and in 2007 was appointed OBE for her services to the computer games industry.