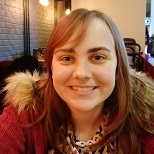 Jaimee Mallion is a Lecturer in Psychology. Jaimee completed her BSc in Psychology at University of Kent. She continued her studies at the University of Kent with an Economic and Social Research Council funded MSc and PhD in Forensic Psychology. Alongside her degrees, Jaimee has undertaken multiple research internships and held Research Assistant posts examining evidence-based practice in both forensic and NHS settings.

Jaimee’s research interests focus on group-based offending, particularly street gang membership. She also has a particular interest in offender rehabilitation and intervention, with a focus on strength-based approaches, such as the Good Lives Model.