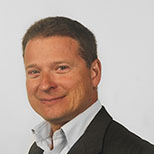 Stephen Dance is a professor in Acoustics in the Division of Civil and Building Services Engineering at London South Bank University.

He obtained a BSc in Computer Science at the University of London, before studying for a PhD on non-diffuse fitted enclosed spaces. He was an EPSRC Research Fellow for six year before being appointed at senior lecturer in 2003, since when he has been active in teaching, research and consultancy in environmental and architectural acoustics.

He is the course director for the MSc in Environmental and Architectural Acoustics. He has received many research grants and is the author of more than 90 published papers. His research interests have included computer simulation of room acoustics, mathematical modelling, concert hall acoustics, speech intelligibility, vocal stress of teachers and singers, urban wind turbines and public address systems. Since 2006 his research has particularly focused on the effect of sound on the hearing of classical musicians.

His undergraduate teaching modules include:

His postgraduate teaching modules include:

For the past 20 years his main research area has been mathematical modelling of enclosed spaces. He has produced a number of computer simulation models with grants funded by EPSRC.  This lead to work on improving the acoustics of spaces for classical musicians, redesigning the public address system on London Underground and producing devices to aid classical musicians.

Currently, Prof Dance is supervising five PhD projects ranging from vocal load of opera singers to the assessment of integrated building integrated wind turbine. All the projects are funded or partially funded with the aid of industrial support. He has successfully supervised four PhD students to completion.

Steve is also interested in the hearing of classical musicians, having tested more than 2000 students from the Royal Academy of Music and more than 100 from professional orchestras.  He acts as a reviewer for all the major acoustics journals, and has been external examiners for UK Universities for both PhDs and taught courses.

Prof Dance is currently a member of the following professional bodies:

Steve has been on the committee organising the following events: