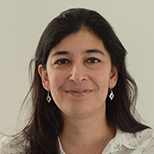 Dr Lisa Pine is an Associate Professor in History. She is a graduate of the London School of Economics, where she obtained her first degree in Government and History and her MSc in International History with Distinction. She received her doctorate from the University of London in 1996.

She has taught extensively in modern and contemporary history and politics. She is a leading international expert on issues relating to the history of Nazi Germany. Dr Pine has written on a diverse range of topics including the family, women and education in the Third Reich and aspects of Holocaust history and memory. She has contributed to local, national and international media, as well as numerous international conferences and symposia.

Dr Pine's main teaching interests are in twentieth century history. She currently teaches modules on ‘Revolutions, Wars and the Making of the Modern World’, ‘War and Social Change in the Twentieth Century’, 'Life and Times in Nazi Germany' and ‘Genocide and Crimes against Humanity’.

Her research expertise is centred upon the history of Nazi Germany, 1933-1945. She is a social historian of the Third Reich, with a strong interest in the mechanisms of this dictatorial regime and its impact upon German society.

Dr Pine's research expertise is centred upon the history of Nazi Germany, 1933-1945. She is a social historian of the Third Reich, with a strong interest in the mechanisms of this dictatorial regime and its impact upon German society.

At the heart of her work is a concern with the variety of ways in which the Nazi government sought to socialise its citizens into acceptance of its ideological worldview and compliance with its policies. Whilst propaganda played a significant role in mobilising popular support for the regime, it was not sufficient on its own to sustain Nazism for the duration of its rule. Coercion, terror and surveillance played their part too. The Nazi terror apparatus formed an integral part of the Nazi system of rule from the beginning. This encompassed not only the SS-SD-police complex, but also the traditional legal and prison systems. From the outset, the Nazi regime openly used violence and terror against those sectors of the population that it regarded as enemies or 'community aliens'. Furthermore, fear and terror provided a backdrop to everyday life in the Third Reich. The concentration camps were the hallmark of the Nazi system of terror, utilised for the brutal suppression of enemies and as a warning to national comrades to conform to the requirements of the regime. Her work has examined all these aspects of life under Nazi rule, as well as others outlined below, in particular.

Within the broad area of the history of the Third Reich, Dr Pine's research is concerned with three specific, substantive strands:

i) The Family in Nazi Germany,

ii) The Nazi creation of the ‘national community’ and concepts of inclusion and exclusion in Nazi social and cultural life, and

Dr Pine is a Fellow of the Royal Historical Society. She is a member of the Women’s History Network and of the IEHCA (European Institute for the History and Culture of Food).