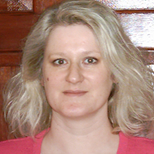 Dr Elizabeth Newton is an Associate Professor of Psychology in the Division of Psychology with interests in individual differences and cognitive development. Dr Newton gained her PhD from Essex University in 2001 with a thesis entitled 'Individual differences in Strategy Development'. In 2001 she joined UCL as a Postdoctoral Fellow working on a Nuffield Foundation funded project investigating the development of mathematical skills in children with specific learning impairment (SLI). This was followed by an ESRC funded personal fellowship looking at reasoning and SLI. In 2005 she co-edited a book entitled: Methods of thought: Individual differences in reasoning strategies. In 2006 Dr Newton joined LSBU as a Senior Lecturer.

The PuzzleTalk project looked at the relationship between thought and language. One of the findings of the NumberTalk study was that eight year-olds with SLI can perform complex reasoning despite massive language processing deficits. The PuzzleTalk study examined the extent to which SLI constrains reasoning processes. This study also offered the chance to look at developmental changes across a language impaired group and their matched controls.

The NumberTalk project addressed the issue of how Specific Language Impairment (SLI) may interfere with mathematical development. It has been suggested that as many as 7% of children in the UK have specific language impairments (SLI). These children experience profound difficulty in communication despite having non-verbal abilities (and learning potential) in the average, or above average, range.

Some studies have suggested that by GCSE level, those with SLI show a poorer performance in mathematics that in English Language. However, GCSE performance reflects the combined ability of the individual to comprehend questions and to perform necessary mathematical computations to provide correct responses. The project used a large sample of 60 Year 3 (aged 8yrs) children identified as having SLI. Also recruited were 60 controls matched for age, gender and non-verbal ability, and 60 controls matched for gender, non-verbal ability and language measures (these children were typically Year 1).

Dr Newton is currently working on a collaboration with Professor Catherine Sophian (Dept. of Psychology, University of Hawaii) and Dr. Chris Donlan (HCS, UCL) looking at understanding of spatial and numerical ratios.