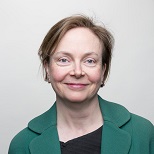 Prof Caitríona Beaumont is Director of Research for the School of Law and Social Sciences and Professor of Social History in the Division of Social Sciences. Caitríona was awarded a BA (Hons) Degree in History and Politics (1988) and a MA in Modern Irish History (1989) from University College Dublin, Ireland. In 1997 she was awarded a PhD in Social History from the University of Warwick, UK. Having spent a year teaching social history at the University of Glasgow (1997-1998), Caitríona joined London South Bank University as a Lecturer in History in September 1998.

Caitríona works on the history of female activism, female networks and women’s movements in Ireland and Britain throughout the nineteenth and twentieth century. Here she explores how large voluntary organisations for women, for example the Mothers’ Union and Women’s Institutes, campaigned on behalf of women and argues that these groups must be included in histories of the women’s movement. Her first book Housewives and Citizens: Domesticity and the Women’s Movement in England 1928-1964 was published by Manchester University Press in 2013.

She is currently working on a number of new projects. The first traces the history of housewives’ associations in Britain into the late twentieth century and considers how these groups interacted with the Women’s Liberation Movement and its aftermath. The second is a collaborative project, entitled ‘The Expertise of Experience in Twentieth Century Britain’, working with 16 academics across the UK and Ireland. The third project is a study of how housewives’ associations have supported middle-aged and older women to age well in late twentieth century Britain.

In February 2018, Caitriona made a short film with Channel 4 News, as they marked the 100th year anniversary of the partial extension of the parliamentary franchise to women in the UK.

Caitríona is interested in supervising PhD and MRES students on a range of topics including social history, women’s history, criminal justice history, histories of female activism and women’s movements and the history of gender equality and women’s rights.  Please email her on beamoca@lsbu.ac.uk if you would like to discuss a research proposal for a PhD/MRES with her further.

Caitríona has a long track record of publishing journal articles, chapters in books, magazine and newspaper articles, and blogs on topics linked to the history of female activism, feminism, women’s organisations and the women’s movement. She also presents her work at national and international conferences on a regular basis. Recent papers include:

Caitríona is a committee member of the Voluntary Action History Society and sits on the Editorial Board for the journals Contemporary British History and Local Economy. She is a Consultant Editor for the Gender: Identity and Social Change project for the publisher Adam Matthew

She has acted as a consultant for television programmes including Lucy Worsley’s 100 Years of the WI (BBC 2, 2015) and appeared as an expert on gender for ITV London News feature, 15 February 2016.

In February 2018 she made a short film with Channel 4 News to mark the centenary of the women’s suffrage in Britain and Ireland.