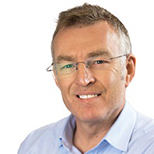 Head of Division of Social Sciences

Dr Adrian Budd is the Head of the Division of Social Sciences. His research interests and publications focus on international relations, imperialism, China and the BRICS economies, and the politics of sport. His latest book, Class, States and International Relations: a critical appraisal of Robert Cox and neo-Gramscian theory was published by Routledge in 2013. He is currently (2017) preparing a research bid on the relationship between nationalism and transnationalisation.

Dr Budd is an experienced lecturer in international relations and related areas, including politics and political economy.

Dr. Budd teaches across a range of areas, including international relations, political theory, political economy, European politics, environmental sustainability and the rise of the BRICS countries. He is currently supervising PhDs that explore South African environmental health and the use of tourism in post-conflict reconciliation in Colombia.

Dr. Budd is the author of one sole-authored book, Class, States and International Relations: a critical appraisal of Robert Cox and neo-Gramscian theory, numerous journal articles and book chapters, and co-editor of one edited collection. His primary research interest is in the field of international relations and he is currently (2017) preparing a research bid on the relationship between political nationalism and economic transnationalisation. He has also written on the relationship between sport and politics and is in the early stages of a book on sport, society and politics in Qatar, which is expected to be published in the run-up to the 2022 football World Cup.

He has extensive external examining experience, including on the MA International Relations, London Metropolitan University, 2006-2010.