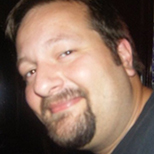 Stand out titles he's worked on over the years include Aardman animation games titles on mobile including Angry Kid and Chicken Run, Disney Princesses', Star X on Gameboy Advance, the award winning WKN Kickboxing on mobile, the award nominated Polyhedra and Polyhedra XL on iPad and iPhone, the Commodore 64 DTV, Chu Chu Rocket for Sega on iPad and iPhone and Audio Direction for the Educational Games Network and a recent remix for the band Hot Chip & music and sound effects for both the Sensible Software Book Kickstarter + Sega Megadrive Collected Works Kickstarter book campaigns from Read Only Memory.

Andrew has been involved in lecturing at LSBU for 5 years in areas including Music, Sound Design and Game Design & Game History.

IGDA's mission is to strengthen the international game development community and effect change to benefit that community.

The IGDA London chapter's role within IGDA as an organization is to get game developers from in and around London to meet, organize sundry events of interest to games developers, make members and the general public aware of other events of interest & meet socially to discuss the games industry in general.

Andrew still works in the field of game audio (producing music and sound effects for games on the iPhone & Android platforms, most recently the app 30/30 and Chu Chu Rocket by Sega on all mobile platforms) and builds bespoke/one-off hardware synthesisers, microphones and pickups for sampling and sound design purposes for a number of clients and has also been heavily involved in the Demoscene since the age of 15.

He gives regular guest lectures across different degrees at London South Bank University and is a regular guest speaker at other Universities and Colleges in the Greater London and Sussex areas.